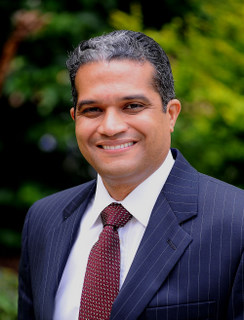 Biographical Information:
Feniosky Peña-Mora is Dean of The Fu Foundation School of Engineering and Applied Science and Morris A. and Alma Shapiro Professor of Engineering at Columbia University. He also holds academic appointments as Professor of Civil Engineering and Engineering Mechanics, Professor of Earth and Environmental Engineering, and Professor of Computer Science. He assumed his posts at Columbia Engineering on July 15, 2009. He was previously the Gutgsell Endowed Professor in the Department of Civil and Environmental Engineering and associate provost at the University of Illinois at Urbana-Champaign. He had been an associate professor at the Massachusetts Institute of Technology (MIT) and visiting professor at international universities, including Ecole Polytechnique Fédérale de Lausanne. Dean Peña-Mora is the author or co-author of more than 100 scholarly publications, has served as editor of several professional journals, is the author of an influential textbook on construction conflict resolution, and holds five patents. He holds numerous prestigious awards, including the White House Presidential Early Career Award for Scientists and Engineers, the National Science Foundation CAREER Award, and the Walter L. Huber Civil Engineering Research Prize of the American Society of Civil Engineers. In 2008, he was recognized with that Society’s Computing in Civil Engineering Award for outstanding achievement and contribution in the use of computers in the practice of civil engineering. After graduating from Universidad Nacional Pedro Henríquez Ureña in Santo Domingo, D.R., he continued his studies at MIT, from which he received a master’s degree in civil engineering and doctoral degree in civil engineering systems.